With only a month since he assumed the position, Philippine Army Lt Gen Faustino noted that he has seen the needs of the Army when it comes to modernization. He said, “With PEZA’s expertise in promoting investments and facilitating business operations, the Philippine Army can easily determine the necessary actions to maximize the revenue potential of its military reservations to support its modernization program.”

The CGPA said that creating a Defense Industrial Complex on economic zones is in line with the Philippine Army Transformation Roadmap which aims to pursue genuine transformation founded on good governance and excellence to better serve the Filipino people and secure the Philippines.

“The Philippine Army is privileged to have established a strong foundation of partnership with PEZA who similarly aspires for the betterment not just of both organizations, but also for the whole country,” Faustino added.

Overview of Defense Industrial Complex
The Defense Industrial Complex refers to a tract of land with defined boundaries located physically and/or administratively outside the customs territory and predominantly oriented to export production. This will produce world-class defense products to meet both domestic and world market requirements, thus, maximizing the utilization of economic zones to generate maximum revenues for the government and support to the modernization program as well create employment opportunities in the Philippines, particularly in and around the complex.

Director General Plaza said that it is in AFP Chief Sobejana’s stewardship of the Philippine Army (PA) when they started discussing the Defense Industrial Complex as the newest type of economic zone. She said, “The PA is managing almost 20,000 hectares of military reservation areas and we are now planning to make this the first Defense Industrial Complex in the country.”

“At present, we are currently exploring the idea of establishing a Defense Industrial Complexes in selected military reservation [areas] across the country. We really need to produce locally our defense requirements and reduce our dependency to foreign suppliers,” AFP Chief Sobejana explained.

Plaza hopes to invite investors and defense industries who will manufacture military equipment, software, hardware, and uniforms among others that the military and police will be needing. 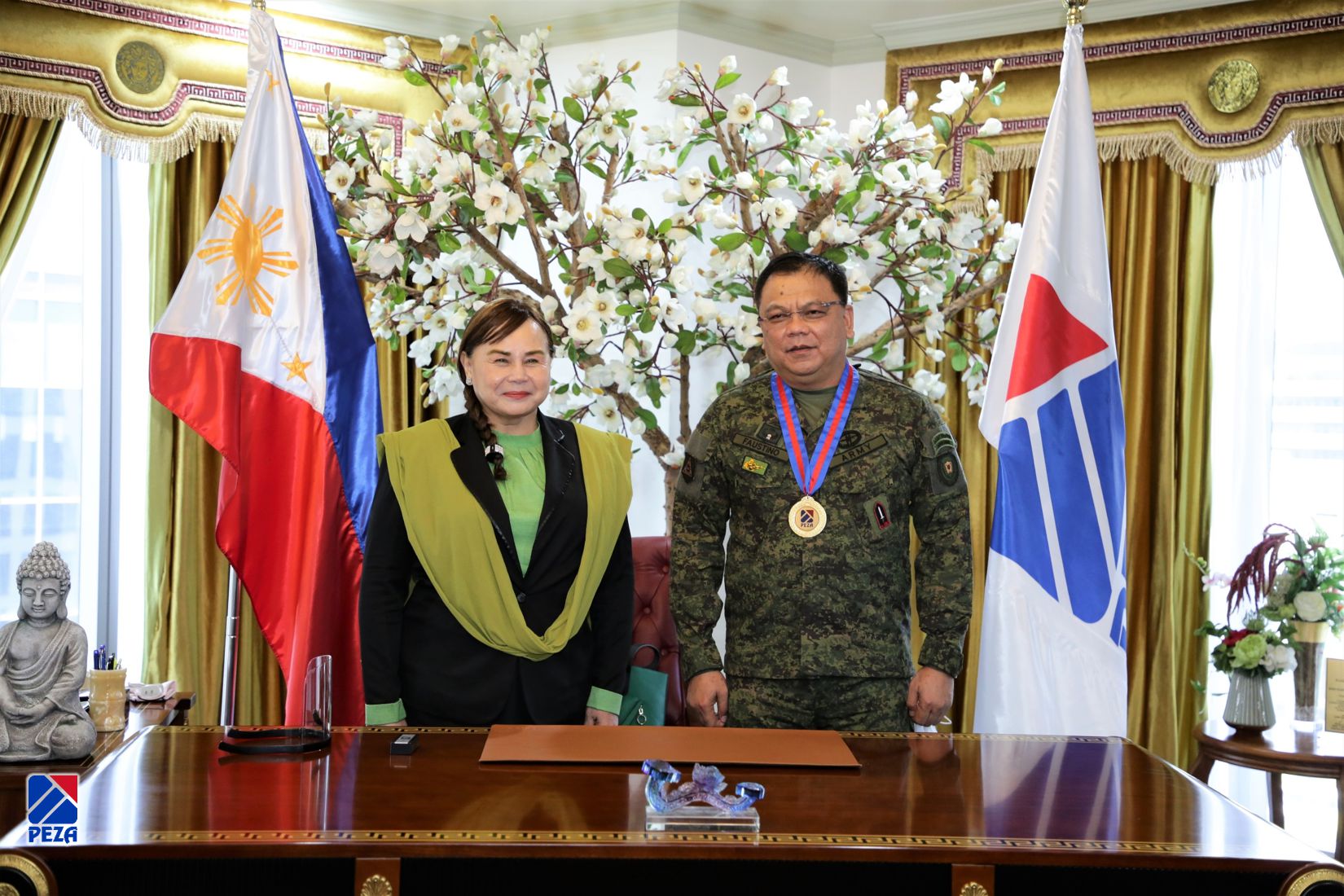 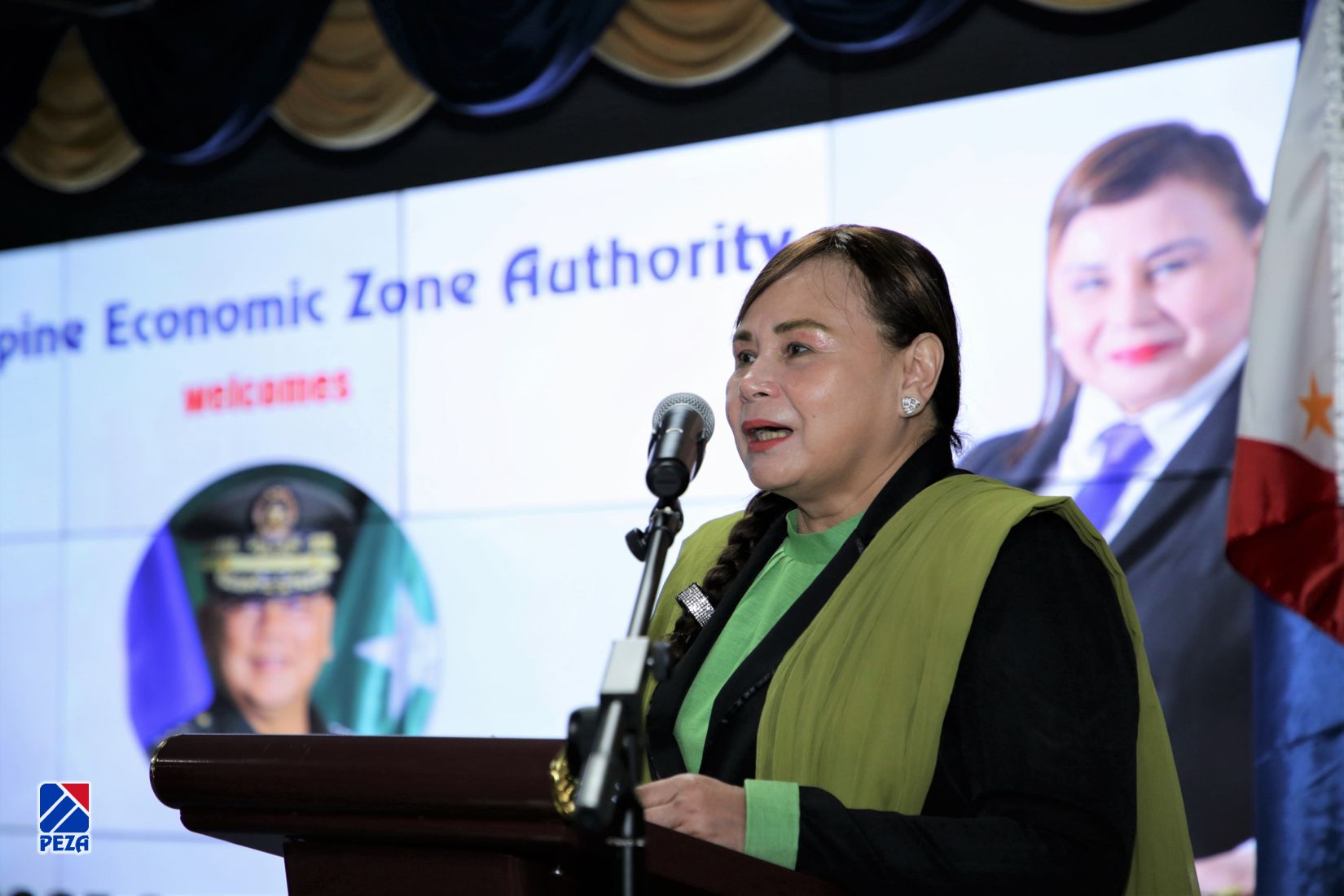 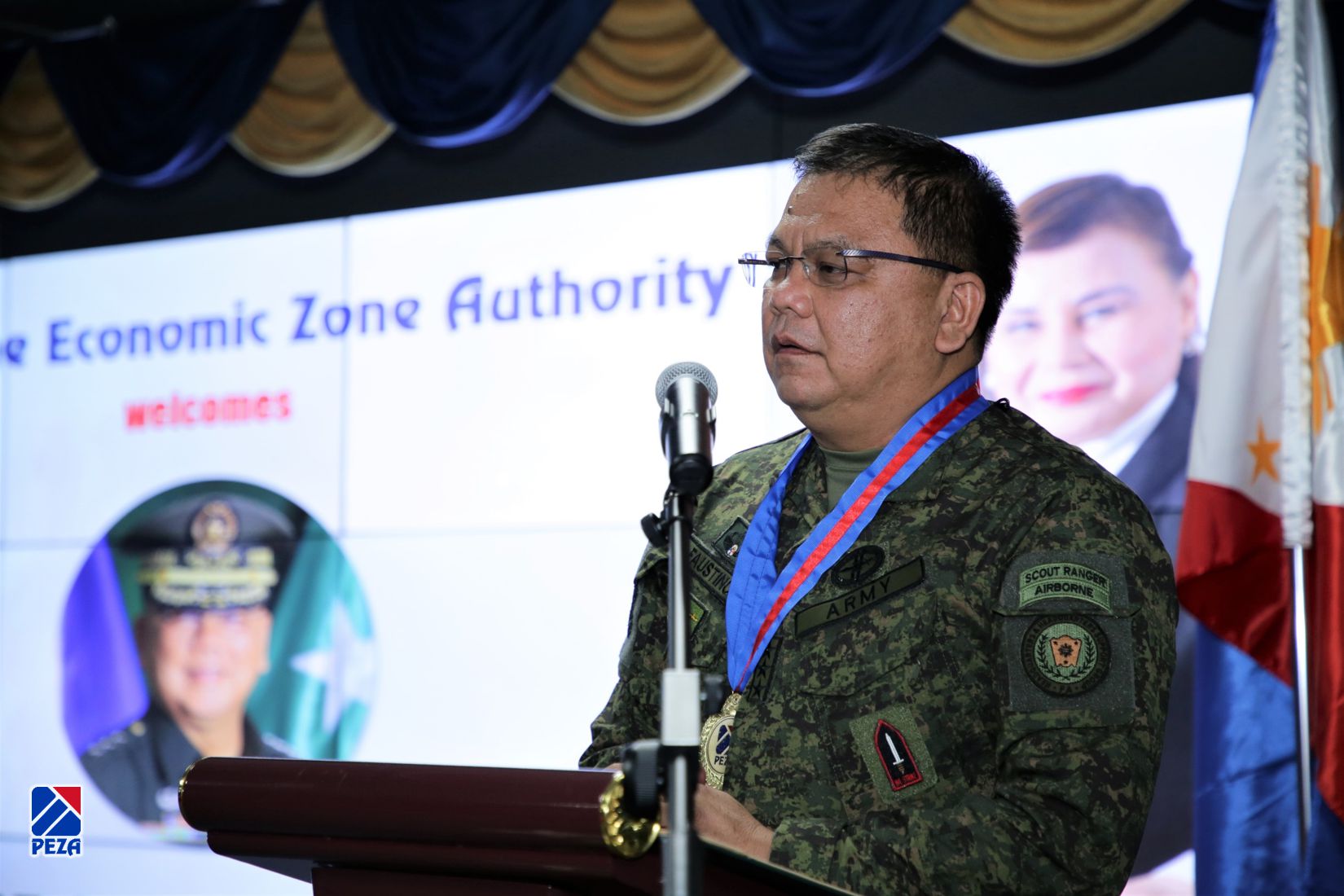 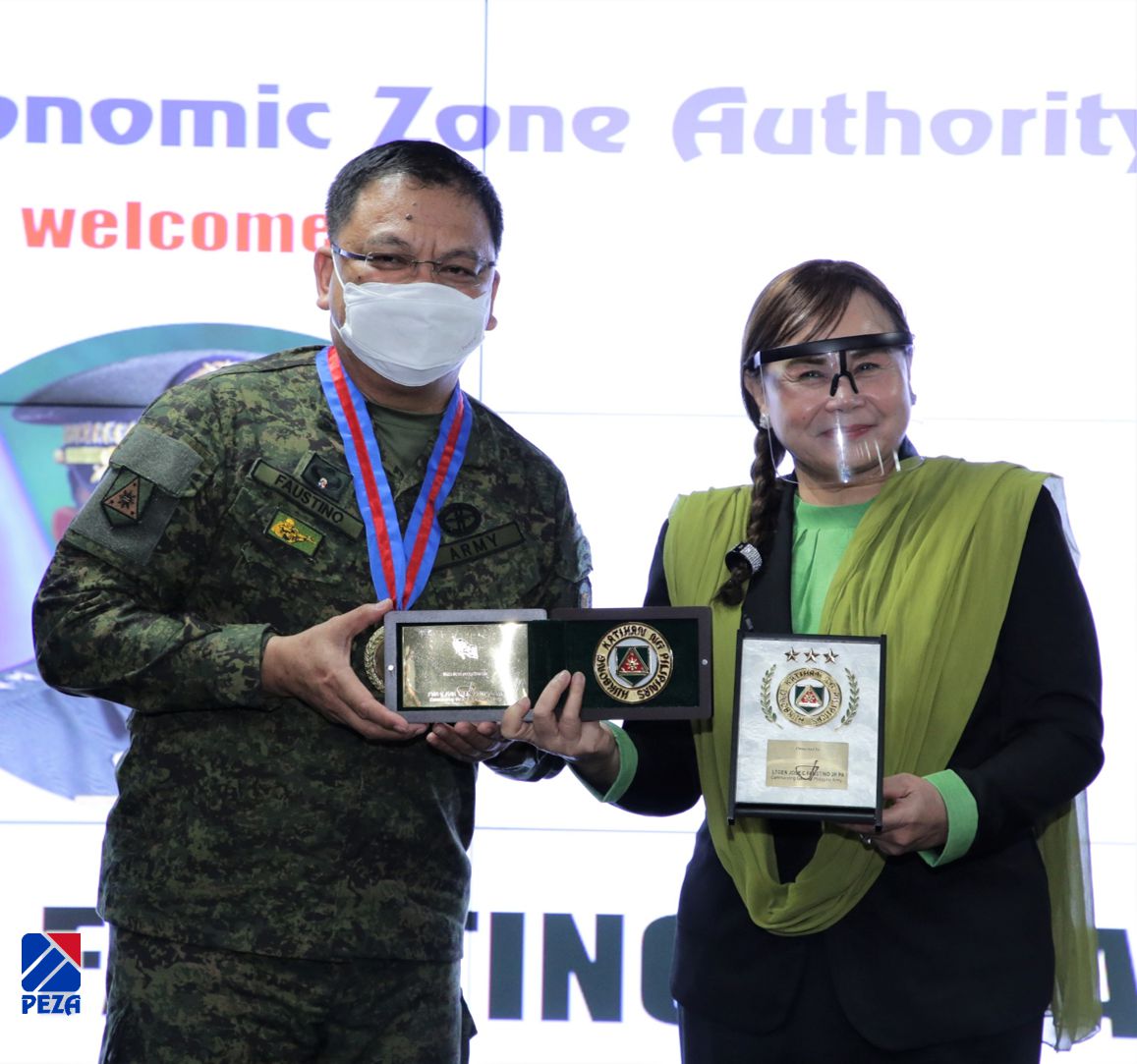