PEZA, PACC tie up for good governance in line with Duterte’s call to combat corruption 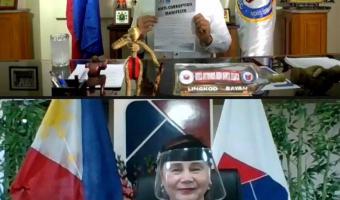 PEZA, PACC tie up for good governance in line with Duterte’s call to combat corruption

PEZA Director General Charito ‘Ching’ Plaza along with other PEZA officials and employees have signed the “Anti-Corruption Manifesto”, a campaign led by PACC to participate in working for a more efficient government free from corruption, in line with the Duterte administration’s call to weed out corruption plaguing bureaucracy and other government agencies. 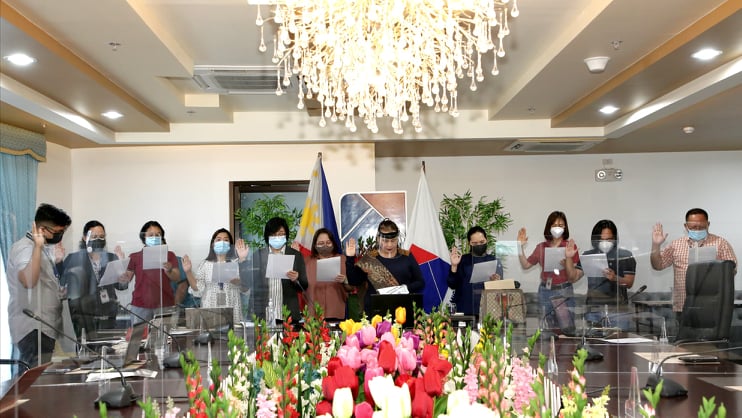 PEZA Director General Charito ‘Ching’ Plaza and other PEZA Officials making the pledge of cooperation in line with the Anti-Corruption Manifesto signing.

According to Plaza, “PEZA’s regulatory transparency, no red-tape policy and one-stop shop services have been widely recognized by our Filipino and foreign investors and various national and local institutions such as the IFC World Bank, the US Department of State, and the Presidential Communications Operations Office (PCOO).”

Plaza noted that “Partnerships and programs such as this is crucial to maintain the trust and confidence of our economic zones developers and locator companies, which we’ve gained through the years.”

PACC Chairman Greco Belgica explained that Project KASANGGA: Tokhang Laban sa Korapsyon aims to simplify and even ensure fast coordination of PACC with institutions and agencies of the government and enhance and strengthen the campaign of the Duterte Administration against corruption.

With the said partnership, PEZA allows PACC to establish command centers to monitor, report, and resolve corruption cases within the Authority and to designate an acting PACC Deputy to man this center. PEZA will also be required anti-corruption advocacy learning instructions among personnel in coordination with PACC. 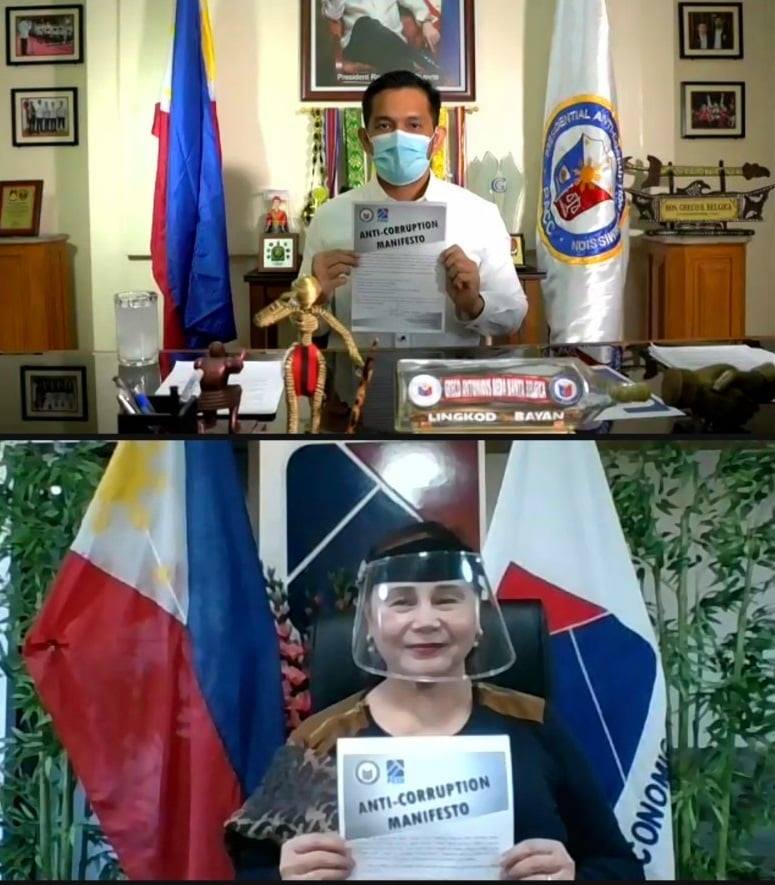 For her part, Plaza said “Various measures are being done under my leadership such as digitalization of payment transactions, stronger structure of our Internal Control Group, stricter ISO compliances, among others.”

“We believe that these efforts would not just help us pursue good governance and public accountability but will also help attract more foreign investors in the country and attain our goal of making the Philippines an investment haven in Asia,” she added.

President Duterte and Senator Christopher Lawrence “Bong” Go have expressed their support for the project which is in line with the administration’s vision for good governance and public accountability.

“Let me express my full support to this project which is consistent with my administration’s goal of ensuring transparency and accountability in Government. I hope this project will encourage all of us in government to set aside our personal interest so that we may instill a culture of decency, integrity, and honesty in public service,” said President Duterte.